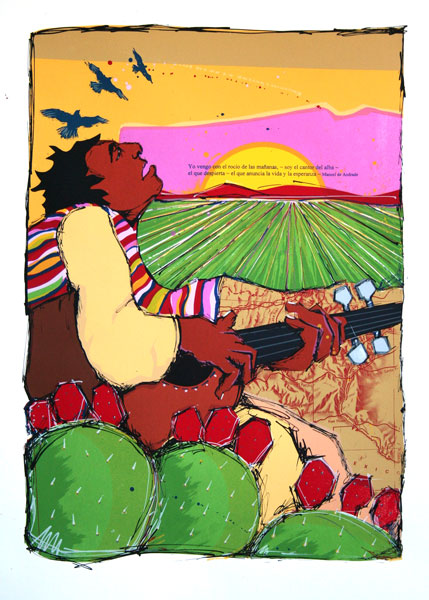 Printmaker Malaquias Montoya will exhibit his politically oriented prints at the Avenue 50 Studio during the month of September. Malaquias grew up in the San Joaquin Valley raised by a single mother in a family of migrant farm workers (which includes brother, José Montoya). His work includes acrylic paintings, murals, washes, and drawings, but he is primarily known for his silkscreen prints, which have been exhibited internationally as well as nationally. He is credited by historians as one of the founders of the social serigraphy movement in the San Francisco Bay Area in the mid-1960’s. Montoya’s unique visual expression is an art of protest, depicting the resistance and strength of humanity in the face of injustice and the necessity to unite behind that struggle.
Opening Night Reception: Saturday, September 9, 2017 from 7-10 pm
September 9 through October 7, 2017