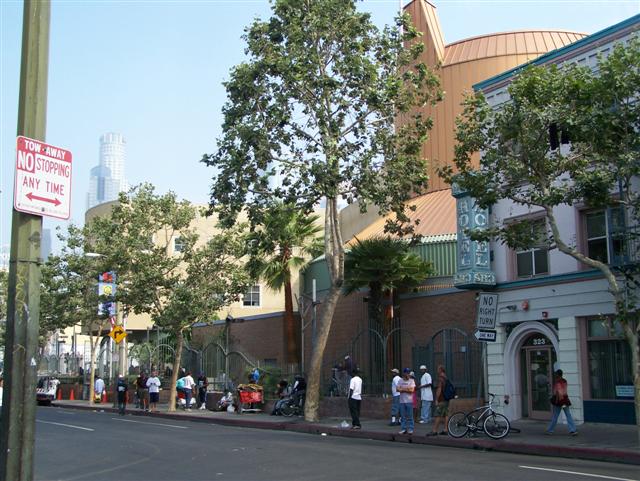 Avenue 50 Studio has initiated a new poetry program called “Poesía Para La Gente” (“Poetry for the People”) Poesía Para La Gente brings the poets of our monthly La Palabra poetry and spoken word series out into the community in an effort to reach those who may never engage with the literary or visual arts.

Poets from Homeboy Industries will follow the Featured Poets

In the spirit of Christmas, we ask that you bring a canned good or blanket (or whatever else you would like to donate) to the L.A. Mission.

Carlye Archibeque: Carlye Archibeque was born and raised in Los Angeles. Her mother worked in an illegal profession, which resulted in a lot of moves, a lot of schools and a lot of people passing through her life. As a poet she has produced reading series at the Iguana Cafe, Sam’s Book City, the Council Offices of Eric Garcetti and currently produces Poets Beyond the Half Shell at Beyond Baroque in Venice, California. She is the publisher of the irregular anthology Fuck This Shit and was the co-editor with Orange County poet Michelle Ben-Hur of 51%. Her work has been published in Scream While You Burn: A Caffeine Anthology; Social Anarchy; Spillway; Pearl and So Luminous the Wildflowers: An Anthology of California Poets to name a few.

Frankie Hernandez: Frankie Hernandez has performed her poetry and memoirs and taught workshops all over the country. She is currently working on an anthology entitled Most Likely to Fail–Extraordinary Success of Ordinary People.

Douglas Kearney: Douglas Kearney’s work as a poet, performer and librettist has been featured in many fine publications and venues in print, in-the-flesh and in digital code. His first full-length collection of poems, Fear, Some, was published in 2006 (Red Hen Press). His second manuscript, The Black Automaton, was chosen by Catherine Wagner for the National Poetry Series and was published by Fence Books in December 2009. In 2010, it was named a finalist for the Pen Center USA Literary Award in poetry. In 2008, he was honored with a Whiting Writers’ Award. He lives in the Valley with his family and teaches courses in African American poetry, opera and myth at California Institute of the Arts.