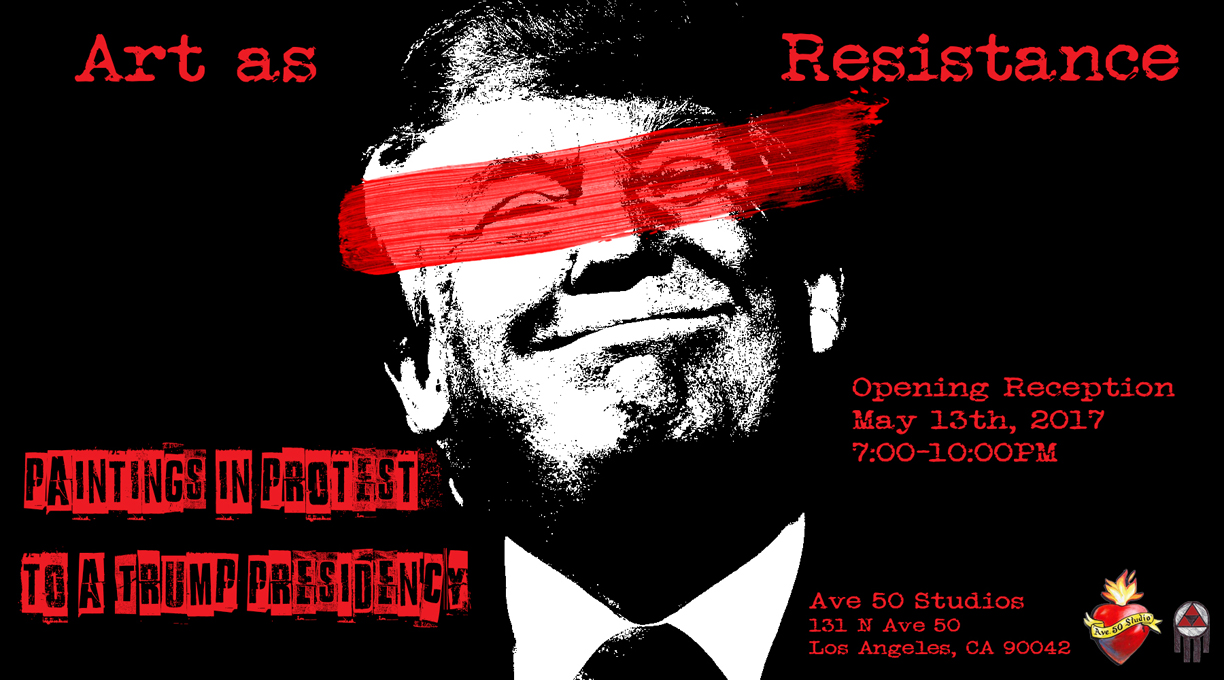 Paintings in Protest to a Trump Presidency

Executive Orders, Alternative Facts, Muslim Bans and Border Walls. Anti-Immigrant Rhetoric, ICE Raids, Cuts to the EPA, NEA and PBS. Enough! In response to the first 100 days of Trump’s presidency, Avenue 50 Studios presents a group exhibition displaying the raw power of Art to convey dissent and resistance. Art as Resistance brings to focus the artistic reactions of 17 artists living and working in the era of Trump. Rich with voices from the oppressed, these paintings serve as a visual protest to Trump and everything his administration stands for.