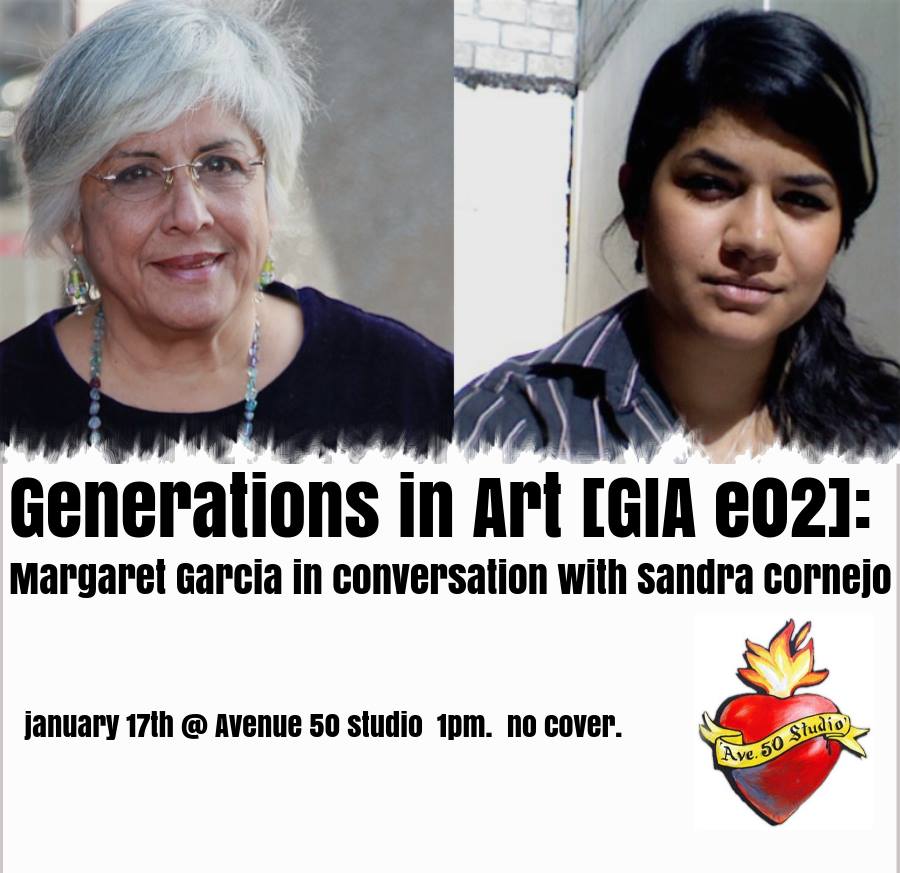 Avenue 50 is pleased to present our 2nd entry in a new series:
Generations in Art

Join us for an inter-generational exchange between LA Chicana artists Margaret Garcia and Sandra Cornejo.

Margaret García studied at California State University, Northridge, Los Angeles City College, and the University of Southern California, where she received her Master of Fine Arts degree in 1992. Her work has been exhibited in group shows throughout Southern California as well as in Texas and Mexico. García teaches and lectures extensively on art in different cultures.

Born in Houston, TX, Sandra received a BFA from VCU in 2009, with a concentration in Painting and Printmaking. Recipient of the Ellen Battell Stoeckl Fellowship, she attended the Yale/Norfolk Summer Program in 2008 and was also a 2008 recipient of the Dean’s International Grant. Her concentration lies in oil painting, while exploring video and printmaking. Sandra has been involved in community outreach programs in Richmond, Washington D.C., as well as internationally. In 2011, she traveled to Salama, Baja Verapaz to work alongside ArtCorps and Oxfam America, as a Creative Facilitator. She is currently Assistant Director for the Latin American Community Arts Project.

Generations in Arts is a monthly series of conversation and loose talk between established, advanced artists and younger, emerging artists on the evolution of technique, practice and aesthetic in order to diminish the generational divide and gleam information that will assist artists on both sides of the chasm.