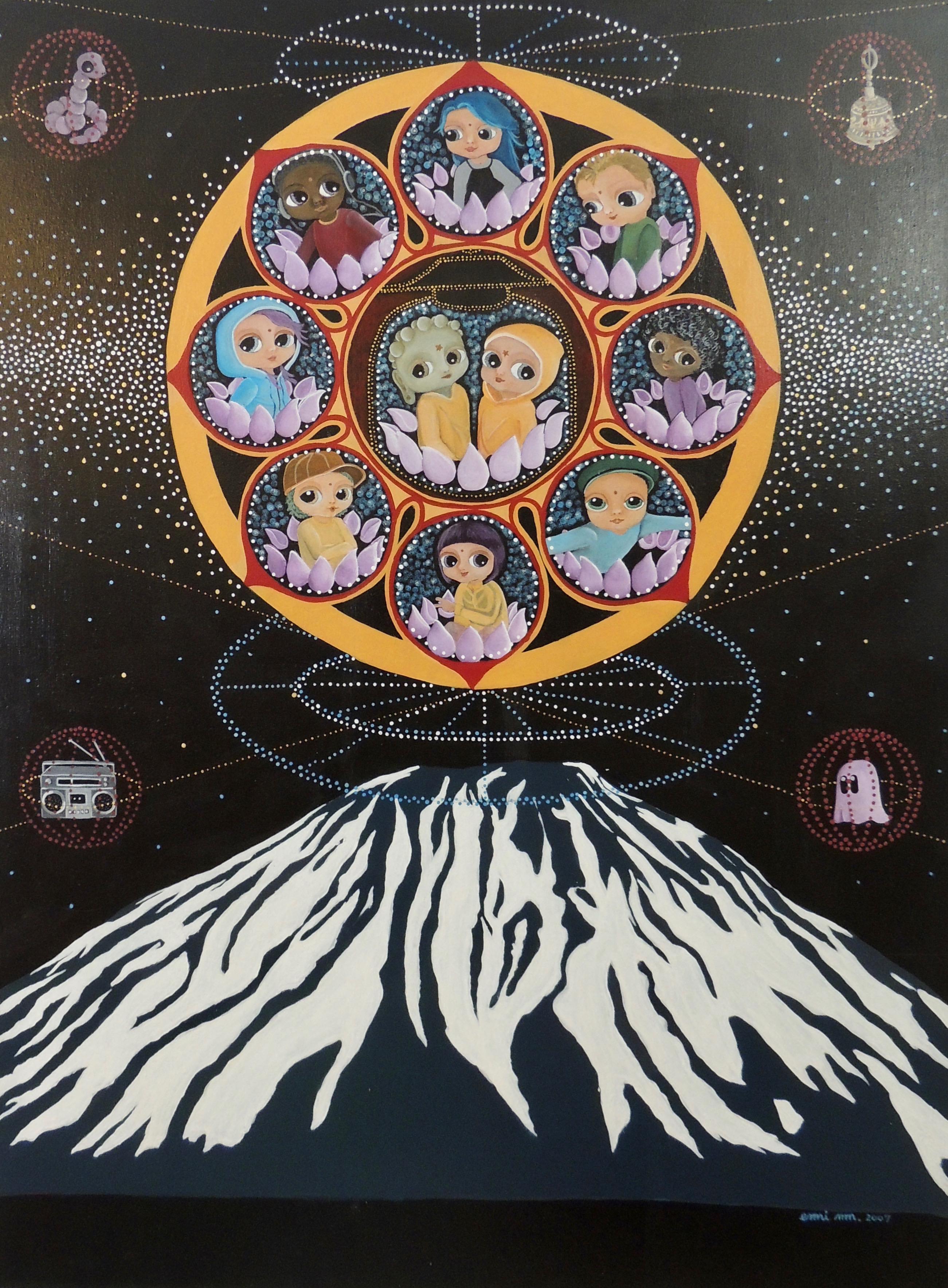 Avenue 50 Studio’s is proud to present:

This “…exhibit brings the teachings of the Lotus Sutra, one of the most influential scriptures of Buddhism, to light in the simplest and most accessible of ways through the lens of hip-hop and wide-eyed souls occupying the space of another realm. This in itself is the forefront of artistic innovation: taking potentially abstract ideas and transforming them into concrete, accessible concepts that instantly strike the soul.”
– Jesse Bliss on the work of Emi Motokawa Sonksen

Emi Motokawa’s creations are inspired by spiritualism. She utilizes universal Buddhist concepts combined with modern
context in her figurative paintings and other creations. Creating art is her path to self-discovery and a method of studying
Buddhism and practicing spirituality in this multicultural concrete jungle called L.A. Many of the characters she paints have
big eyes because the eyes are the window to the soul. Through her art, she hopes to tickle your soul.

This show, Celestial Mosaic, features selected works from 1997 to now, including acrylic paintings, illustrations, sculptures
and crocheted dolls. It is the product of ten years of contemplating about diversity, equality and the search for one’s inner
beauty.

Emi was born in Tokyo, Japan and moved to Los Angeles at the age of seven. She is a self taught artist and has exhibited her 3 feet crocheted kokeshi dolls at the Japanese American National Museum. Most recently Emi won Metro’s poster contest, “Through the Eyes of the Artist,” for the City of Monterey Park. The posters can be seen inside Metro rail and buses running throughout Los Angeles County.