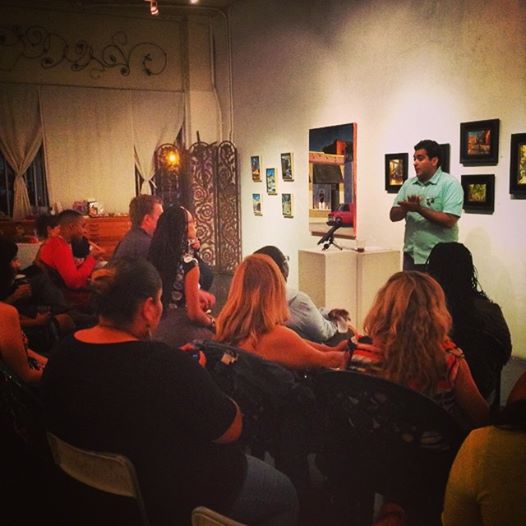 Copa Poética is a series of three readings by 15 poets in Los Angeles on the rest days of the 2014 World Cup. The Copa Poética celebrates futbol as it is played on the field, in the mind, and through the page.

To help us celebrate the World Cup, we immerse ourselves in the fanaticism and fanfare of futbol
by writing and reading poetry and fiction that attests to the lyrical dexterity, aesthetic nimbleness, and diplomatic verve that all players of futbol feel in their hearts. 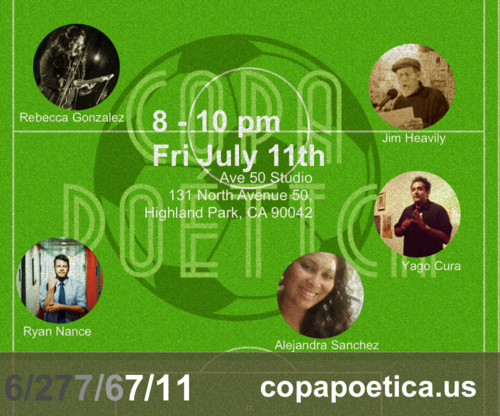 Ryan Scott Nance hasn’t ever been to Turkey, not once. Nor ever to Saint Peter’s Basilica. Never has he made a living selling potatoes. There was a time when he did travel, but that time has passed. There was a moment, a decade ago, when the faint smell of mildew in the stacks of the Butler Library was reward enough. There will be a day, in the not too far-off tomorrows, when he will try to use whatever it is he has at hand to make you happy. Today is not that day. In the meantime, he has poems in “The Diagram,” “Drunken Boat,” “Mantis,” “Literary Imagination,” “Red China Magazine” and “Graffiti Rag” that he has written in hopes they will feel good on your tongue, and he has websites he hopes will let you do what you want to do and finds a lot of the things in the world fascinating.

Jim Heavily is the Poetry Editor at Hinchas de Poesía. His poems have appeared or are forthcoming in The Tule Review, Waxwing, poeticdiversity, Sol: English Writing in Mexico, The Salt River Review & The Iowa Review; his poems have also been translated into Romanian & appeared in Vatra Veche. He spends his days in the backyard watching the Cessnas & Piper Cubs take off & land at the Sacramento Executive Airport. 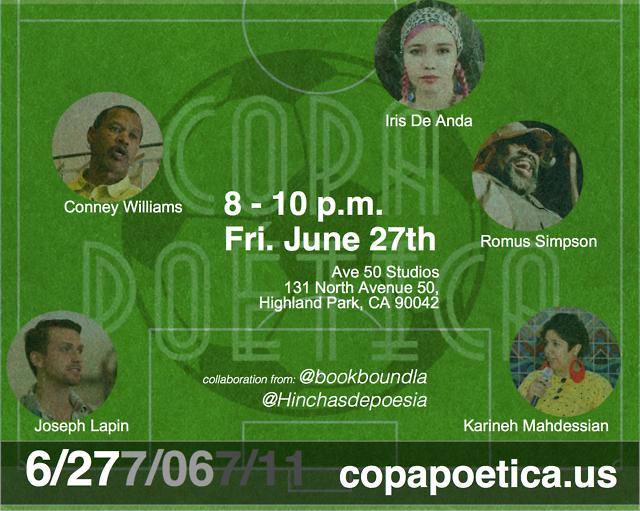 Raised in Pomona, CA, Romus Simpson attended the creative writing program at Cal State Long Beach and has performed his poetry at more than 500 venues throughout California that include the House Of Blues and the LA Times Book Festival. Romus has many publishing credits that include Callaloo, Voices of Leimert Park Anthology, Southern California Poetry Anthology, and the Stanford Black Arts Quarterly. He is also the winner of the Sarah Henderson Hay Award, Nancy Hayes Poetry Award, Palabra Competition, and runner up for the Ann Stanford Poetry Prize from USC’s Professional Graduate Writing School.

Iris De Anda is a writer, activist, and practitioner of the healing arts. A womyn of color of Mexican and Salvadorean descent. A native of Los Angeles she believes in the power of spoken word, poetry, storytelling, and dreams. She has been published in Mujeres de Maiz Zine,Loudmouth Zine: Cal State LA, OCCUPY SF poems from the movement, Twenty: In Memoriam, Revolutionary Poets Brigade Los Angeles Anthology, Seeds of Resistance, In the Words of Women, and online at La Bloga. She is an active contributor to Poets Responding to SB 1070. She performs at community venues and events throughout the Los Angeles area & Southern California. She hosts The Writers Underground Open Mic at the Eastside Cafe every third Thursday of the month. Author of CODESWITCH: Fires From Mi Corazon.

Karineh learned english by reading nancy drew books and watching married with children. she has a great affinity for really large earrings. she enjoys tacos from highland park taco trucks. she will challenge anyone to a thumbwrestling match. anytime. anyplace. she always has her chess set riding around in the trunk of her car. and she is absolutely in love with haikus. make her happy.

Joseph Lapin is the host of The Working Poet Radio Show and a journalist, poet, and author living in Los Angeles. His writing has appeared at the Los Angeles Times, Slate, Salon, LA Weekly, OC Weekly, and others. He is the founder of Rockwell’s Camera Phone.

Conney D. Williams is a Los Angeles based poet, actor and performance artist originally from Shreveport, Louisiana where he worked a radio personality. He has two collections of poetry “Leaves of Spilled Spirit from an Untamed Poet (2002)” and his most recent, “Blues Red Soul Falsetto (2012).” His poetry has been published in various publications and anthologies. He is the Artistic Director at the World Stage Performance Gallery where he facilitates the Anansi Writers Workshop. He has been the Poet’s Stage Coordinator for the Leimert Park Book Fair. He has performed his poetry across the U.S. and regularly curates poetry events in Los Angeles.