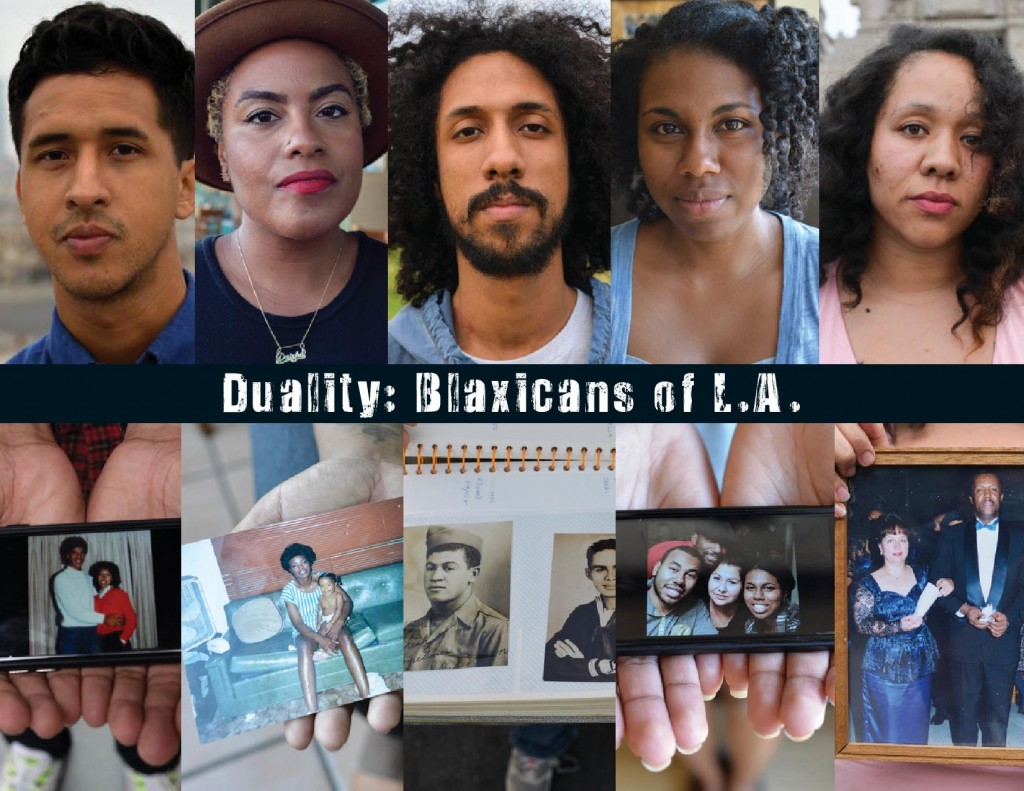 Avenue 50 Studio is proud to present in our Main Gallery:

Featuring the work of Walter Thompson-Hernandez

Since its founding in 1781 by a group of settlers of predominantly Afro-Mexican descent, Los Angeles has been a city with multiracial and multilingual roots. Today, LA has evolved into one of the world’s largest and most diverse metropolises, but still boasts a large concentration of people who identify as “Black” and “Brown.” Using a multimodal storytelling approach, the Blaxicans of L.A. project, ultimately, builds from this genesis story and exists as a way to situate contemporary questions of race, ethnicity, and identity as they unfold in Los Angeles and the United States.

But while this project is very much a story about L.A., the photos and anecdotes that have emerged reveal larger trends that are reflective of the trajectory of U.S. race relations. As each day passes, the U.S. is becoming increasingly multiracial, multilingual, and multiethnic, but African Americans and Latinos continue to be the victims of state sanctioned violence, mass incarceration, mass deportation, and searing educational and health disparities. Thompson-Hernandez hopes that a project of this kind can both create stronger links between African Americans and Latinos and raise critical awareness for the pressing inequities faced by both groups who continue to live, work, and love together in spite of these challenges.

Walter Thompson-Hernandez is a Los Angeles-based writer, photographer, and researcher. He was born and raised in Los Angeles, California and is a recent graduate of the Stanford University Latin American Studies Master’s program. He is currently a researcher at the University of Southern California (USC), Center for the Study of Immigrant Integration (CSII), and Program for Environmental and Regional Equity (PERE). Outside of his work at USC, Walter explores issues related to immigration, race, Afro-Latinos, and sports in the United States, Latin America, and Europe. His writing and research has been featured by CNN, BBC, Los Angeles Times, BuzzFeed, Remezcla, and UNIVISION, among others. His latest academic project will be featured in a forthcoming book titled, “Afro-Latinos in Movement: Critical Approaches to Blackness and Transnationalism in the Americas.”