Today Native American adults and youth are overrepresented in detention centers and receive some of the harshest treatment from state and federal carceral institutions. This art show will illuminate for public audiences the injustices of imprisonment in the Indigenous context, and conversely, how Native peoples have navigated these impositions for their futurities. Tria Blu Wakpa, UCLA Assistant Professor in Dance Studies, is curating the exhibition with the support of several organizations, including those founded and run by Native people who are incarcerated.

In her work researching Native imprisonment for almost a decade, Blu Wakpa refers to the paradox that by sacrificing their physical freedom Indigenous people are able to acquire Native cultural knowledge as “carceral liberation.” Titled after this concept, “Carceral Liberation? A Native American Prison Art Show” will open in Los Angeles—on occupied Tongva lands on October 12, 2019—the Saturday prior to Indigenous Peoples’ Day. Los Angeles is the U.S. city with the largest population of Indigenous peoples.

The show will feature the work and words of Native, primarily Lakota artists and people who are imprisoned on Lakota lands. Although accounting for the specificities of settler colonial and tribal interactions are important, U.S. policies regarding incarceration and education have frequently targeted the Lakota, and as a result, Lakota people and places are emblematic of how U.S. policies have impacted Native Americans more generally.

A panel discussion on Native imprisonment will precede the art show on Thursday, October 10, 2019 from 6 to 8 p.m. at Occidental College’s Choi Auditorium in Johnson Hall. 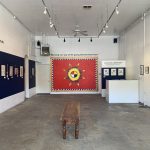 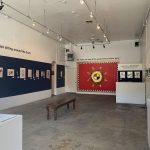 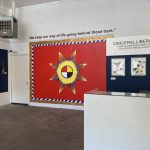 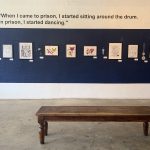 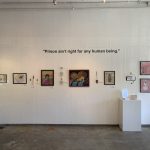 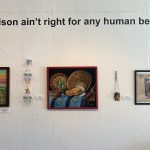