About the Artist:
Maritza Torres is a Xicanx artist based in Los Angeles. She was born in the suburbs of Murray, Utah in 1983 into a large Mormon family (She no longer practices and is Atheist). Torres and her work are in constant evolution each lending to the other. Currently her work focuses on unraveling and understanding her own Xicanx identity. She believes through understanding the context of her own family’s journey she will hold a mirror to the viewer with the hope of creating space where the viewer can ask:

What part of colonization have I been born into?
How has this effected how I see myself?
How am I being conditioned to perpetuate this cycle?

Artist Insights:
“Using the word luchx is an offering to those fighting for equality past, present, future. X is symbolic in so many ways. X references Nahuatl and Spanish in one letter. X also represents equality and inclusion and thinking outside of societies ridged norms. Using forever, an English word, just speaks honestly about the Spanglish nature of my experience as a 2nd generation xicanx womxn.

To unravel my identity has taken a lifetime and I will always have to dig to know it better. For this group I go as deep as I am able, working to create a connection that has systematically been attempted to be snuffed out in this generation.

My style of work is an amalgamation of contemporary aesthetics and deep Mexica references. I often reference the codices. As I learn more about my Mexica roots I am often looking for connections between self and my culture, hoping to create a seamless line of recognition in the mind of the viewer for the next time such symbols are seen.  Encompassing a self which has been hidden from me for a long time has taken a lot of growth and with each piece I feel closer to a true self. Using strong imagery and reclaiming the color pink as a more visceral representation of my gestation as an artist and the comfort of the womb and its healing magic is the nature of this show.

In the new work I put my own struggles on the table. The piece ‘Death Spiral’ could be interpreted as a self portrait. Rather than focusing on large eyes or a pouty lip there is a life and death struggle happening within. Using the golden eagle of Mexica legend and the bald eagle with talons interlocked the raptors spiral. In nature this display is used when courting or fighting. It can be fatal if the birds become entangled or neither gives way in time.

Another piece ‘Hermanitas’ or sisters, used often in Zapatista writing/ speech, talks about the struggle of womxnhood. Again animal representations express my sentiments, rather than a shapely nude. Instead of submissive beauty an ugly dog fight between two xolos. How often as womxn are we taught to compare ourselves to one another? And to be a brown womxn, is there anything more humbling? A latina must be desired to have worth, and harder still is the perception of scarcity that keeps us rabid. Imagina te! If we fought together instead of against one another? How strong would we be?

The newest work ‘Emma, Elena y Mari’ moves outside of self again as a modern codex, telling the story of generational relationships. Like a codex plate, the image tells a story. Each women wears their wedding dress as we attempt to escape a rain of arrows. Each generation protects the next and the one before. Droplets of blood float upward creating the Nahautl glyph for speech. The glyph is cracked and incomplete. I chose wedding dresses because they have so much power in our life stories. When I married I chose to a huipil instead of a traditional white dress. My mother Elena wore the same dress as her sisters before her. It belonged to her oldest sister Amalia who died of cancer and never got to see her sisters weddings.

My mom told me the story of her mothers dress. As a child my mother witnessed Emma burning her wedding dress. Emma had been asked by a church member to come help him with something in his house, when she arrived he attempted to sexually assault her, but was interrupted. My abueltia fled and told my abuelito but he did not believe her. In a rage she burned her dress in front of the family.

Both of my abuelitas are gone now, La Luchie y Emma they both were fierce and tough as fuck. Both withstood obstacles I will never have to, to survive, as many others have, and will and do now. I acknowledge the imperfect privilege that I have been born with because of the sacrifices that were made.

At this point in time i view this privilege as something I cannot take for granted. More than once I have been told by someone that looks like my dad, that they also dreamt of being an artist. But for them it was so impossible that their parents would tear up their drawings because there was no way the family would survive if that came to pass. Now they own a thrift store or build cabinets and support their children in college.

This work is me using my privilege. I reach out with my art so that others can see a familiar reflection and rest on their way forward.” 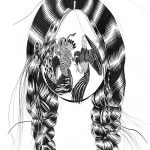 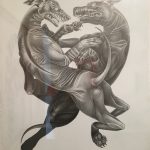 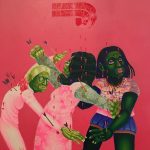 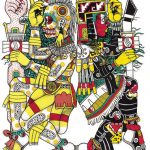 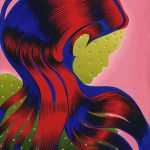 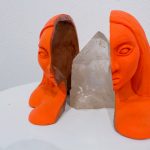 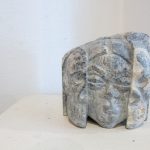 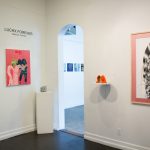 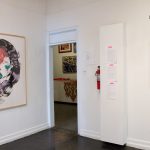 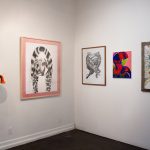 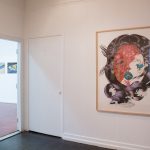 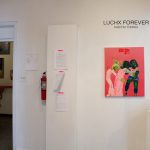 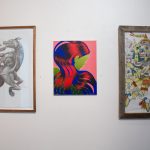 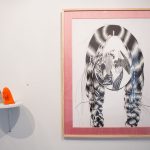