What is pelota mixteca?

Identity, migration and globalization in an indigenous ballgame

“Pelota Mixteca is an indigenous ballgame that originated in the Mexican state of Oaxaca. While the exact relationship of the game to the famous Ancient Mesoamerican ballgame is a subject of ongoing debate among scholars, it is clear that the game has been played by indigenous Mixtecs, Zapotecs, Chocho and others for centuries. The game has three variations: hule, forro and esponja that differ in the type of ball they use. One form uses a heavy rubber ball (hule), one uses a ball made of cotton and leather (forro), while the last uses a soft ball that resembles a tennis ball (esponja). The pictures shown here are all of Pelota Mixteca de Hule and Pelota de esponja.

The name of the game, which translates to Mixtec Ball, is derived from the Mixtec region and people, who traditionally inhabit the western part of Oaxaca, as well as the eastern part of the neighboring state of Guerrero. Since the end of the 19th century, Mixtecs have migrated to other regions of Mexico, as well as the United States of America. As a consequence, Pelota Mixteca is now played not only in Oaxaca, but also in Mexico City, California and Dallas, Texas. The pictures in this exhibit were taken in San Fernando Valley, Fresno and Santa Maria.

Before the introduction of sports like basketball, baseball and football, Pelota Mixteca was the most popular sport in the region. Modern sports were introduced in Mexico in the early 20th century as part of a program of ‘modernization’ of the Mexican countryside. This program aimed to discourage indigenous peoples from practicing their traditions and encourage them to join ‘the modern Mexico’ in which indigenous traditions were considered appropriate for museums and demonstrations, but not for living practice.

Despite decades of state sponsorship of other sports, to the detriment of pelota mixteca, the game still has hundreds of players. Over the past two decades, the number of players of pelota mixteca has declined. Realizing that their sport was in danger of disappearance, players formed self-organizations that promote pelota mixteca. The initiatives of the players have been highly successful, evidenced by the fact that pelota mixteca is now taught in schools in Oaxaca and that the game has received widespread attention from Mexican politicians, sports federations and international media.”

My approach to this game

“My approach to this game was sort of accidental. Early in 2012, while trying to photograph farmworkers around Santa María, in the central coast of California, I saw a group of men gathering in a vacant lot. As I continued driving around a residential area, I noticed that every man I came across was walking in the same direction, towards the vacant lot. I assumed the men were farmworkers and that the lot was a meeting point, a space of congregation before going to work in the fields. Intrigued, I drove along for a few minutes, then turned around and headed in the direction of the men. When I arrived at the lot, some of the men were standing by the sidelines of an improvised playing court and others were throwing a soft ball from one end of the court to the other. I asked what they were playing, and they told me it was pelota de esponja. I watched the game for a few hours, took some photographs, and I returned to the field a few more times in the following months. At some point, a player asked if I had seen pelota mixteca, and I said “no.” And he said, “It is just like this game, only harder. It is played with a leather mitt and a heavy rubber ball. They play it in Fresno and Los Angeles.” I asked him for locations, but he could not give me any.

Months later, I learned I could see pelota mixteca in the San Fernando Valley. I visited the playing field, and for the first time, I saw the game, the heavy leather mitts and rubber balls.

At that first visit, of course, I did not know I would spend the next four years, intermittently, tracking the game and getting acquainted with some of the regular teams. From Los Angeles, I have known the strongest and most passionate players: Los Sombras, Los Morenos, Bolillo and his two sons. From Oxnard, I met Los Tamas, and from Gilroy, Los Culebras, the fiercest players in the state. In time, I did get hit by the ball, a two pound heavy ball, but continued meeting extraordinary people: the members of the Asociación de Pelota Mixteca in Fresno, and Los Arellanes from Mexico City, five brothers that travel between Mexico and the United States for yearly tournaments.

Certainly there are more people in pelota de esponja and pelota mixteca than these photograph show; to all that partake in the games, I am sincerely thankful.”

About the Artist:
Leopoldo Peña was born in Michoacán, México and has lived in Los Angeles since 1992. Currently, he is a Ph.D. candidate in the Department of Spanish and Portuguese at University of California, Irvine. He also works as a freelance photographer/language educator and on personal photo projects and spends most of his free time with his son and daughter.

His photographic work is centered on two themes: immigration and modern environment. He works on long-term documentary projects with an emphasis on cultural performance. His environmental work seeks to accentuate a human-intervened environment.

He has exhibited at the Fowler Museum, Pacific Standard Time LA/LA, The Latino Museum in Los Angeles, the Museum of Latin American Art in Long Beach, and the UCR/California Museum of Photography. His work is archived at the Los Angeles Library and has appeared in Boom California, La Jornada, StreetNotes, La Opinión, Al Borde, Derive, Grey Magazine, Retina, NACLA: Report on the Americas, B/W Magazine and El Tequio. 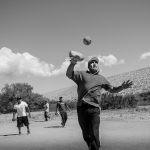 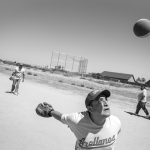 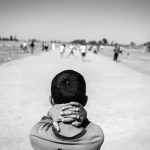 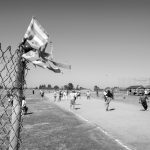 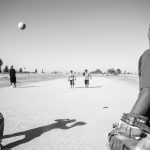 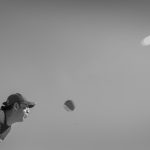 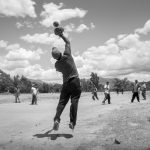 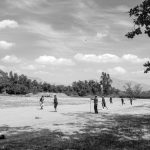 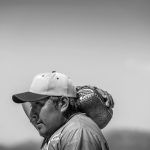 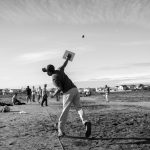 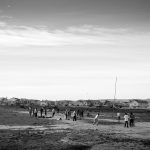 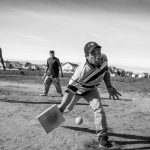 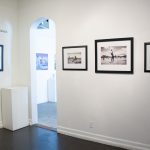 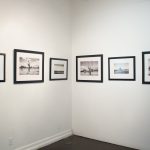 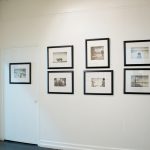