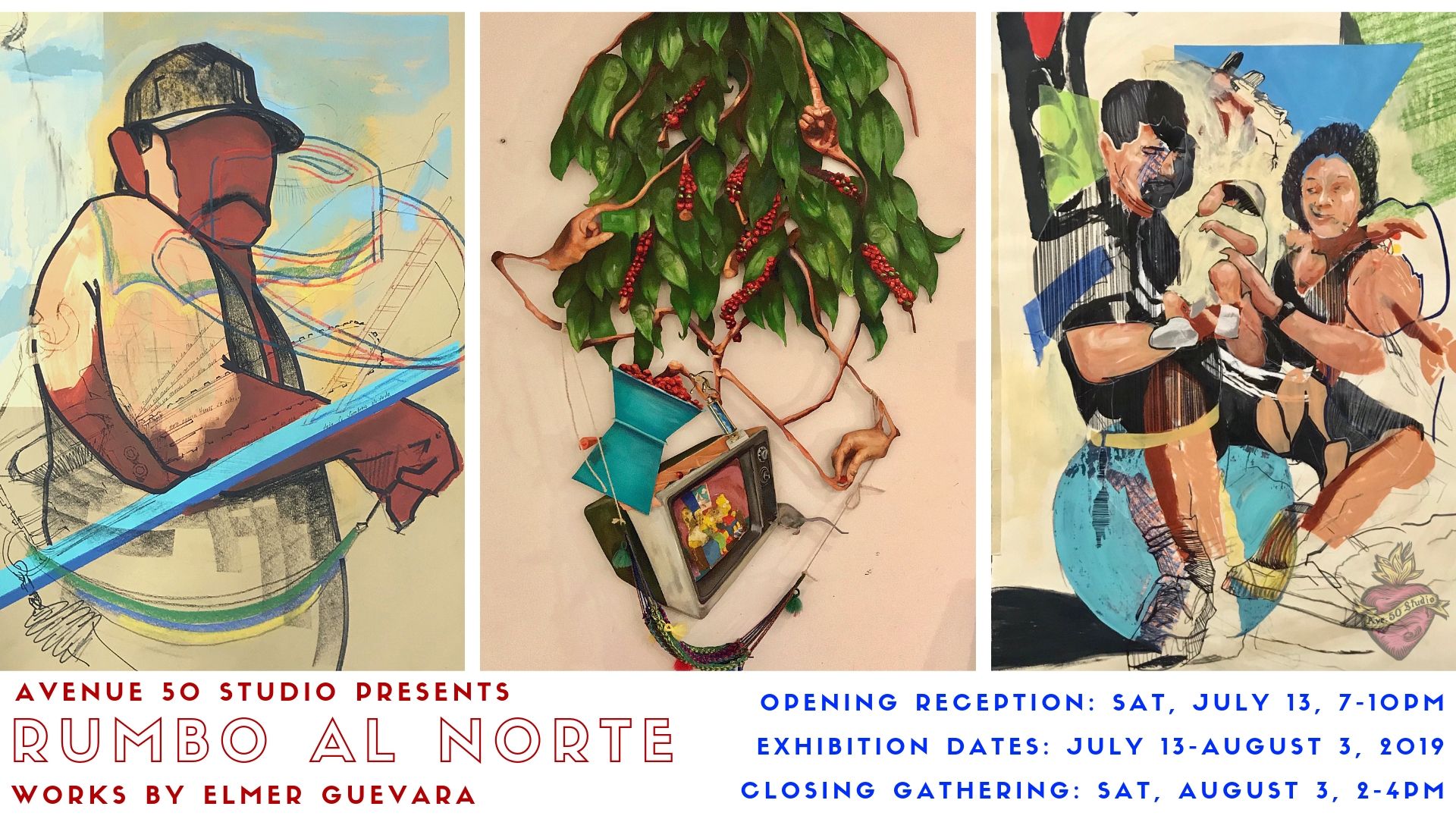 About the Works:
“My work investigates how personal and group identity changes in reaction to the physical, psychological and cultural environment. One’s identity is in part a result of place of origin, past experiences, life choices, age, social stereotypes and unpredicted events that can lead to economic change or departure from one place to another. I am specifically interested in investigating shifts in identity due to changes in one’s environment such as moving to a different region and facing challenges with language barriers and accommodating to social norms and new traditions.

I analyze my parent’s acculturation process which in several ways share similarities in early development for Latin-American families emigrating to the US. In my parent’s case, they fled war violence and walked in to living in a crime impacted neighborhood, adapting and later hybridizing their Salvadoran culture with American city living.

Through collaging figuration and the use of semiotics symbolizing specific places, I compose collage-based depiction that fore-tell narratives about my parent’s early days in Los Angeles. I visualize the trauma they carried with them while overwhelmingly having to adjust to changes from simple food consumption, commuting in a major city, learning laws, language and the struggles of finding financial stability. I compose these works in efforts to educate myself about their struggles in war and the struggles they faced here adapting.”

Artist Bio:
Elmer Guevara (b.1990) is a Los Angeles native raised in South-Central, currently working bicoastal in New York City. In the 1980s, his parents fled a civil-war torn El Salvador finding refuge in the City of Angels. Along with the Angelino inner-city culture and the culture his parents brought to the US with them, he found inspiration to visually speak about his exposure to the city streets and the social issues within the working class. Furthermore, he depicts observation of encountered struggles from his own and neighboring immigrant families around his upbringing, who dealt with issues of marginalization and inequality that took maturity to understanding. 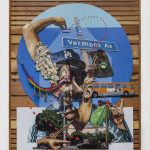 44th side of Vernon Posse 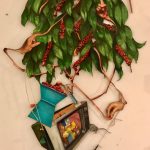 From the Fields to Americana 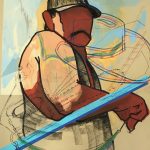 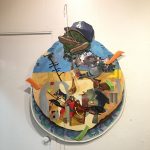 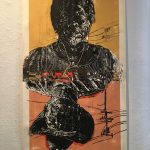 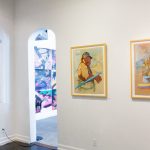 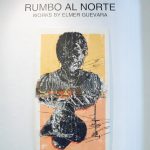 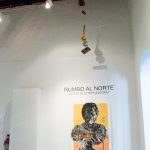 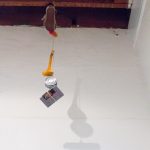 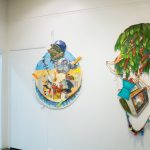 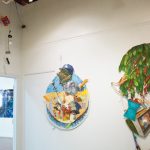 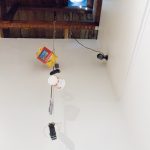 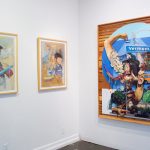 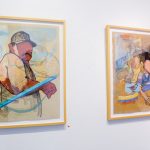