The Crazy Bunch: a reading with Willie Perdomo

Avenue 50 Studio and Penguin Poets
is proud to present

The Crazy Bunch
a reading with Willie Perdomo

TRANSPORTATION: Parking is available behind the building, enter through the unpaved driveway.. Avenue 50 is also available via Metro Highland Park Station and Southwest Station stops, and by bus line 81 on Figueroa and Avenue 50. There is also street parking, though very limited.

ACCESSIBILITY: Space is accessible by wheelchair from the front entrance, bathroom has limited accessibility. Archways are narrow. Sound in the event space has some echoing.

ABOUT THE CRAZY BUNCH
From a prize-winning poet, a new collection that chronicles a weekend in the life of a group of friends coming of age in East Harlem at the dawn of the hip-hop era

Willie Perdomo, a native of East Harlem, has won praise as a hip, playful, historically engaged poet whose restlessly lyrical language mixes “city life with a sense of the transcendent” (NPR.org). In his fourth collection, The Crazy Bunch, Perdomo returns to his beloved neighborhood to create a vivid, kaleidoscopic portrait of a “crew” coming of age in East Harlem at the beginning of the 1990s. In poems written in couplets, vignettes, sketches, riffs, and dialogue, Perdomo recreates a weekend where surviving members of the crew recall a series of tragic events: “That was the summer we all tried to fly. All but one of us succeeded.”

ABOUT WILLIE PERDOMO
Willie Perdomo is the author of Where a Nickel Costs a Dime, a finalist for the Poetry Society of America Norma Farber First Book Award, and Smoking Lovely, a winner of the PEN Beyond Margins Award. His poems have appeared in the New York Times Magazine, Bomb, and other publications. He is an Instructor of English at Phillips Exeter Academy.

Praise for The Crazy Bunch:

“The poems all swell with Perdomo’s natural gift of lyricism . . . a story about rap is also distinctly a story about friendship . . . [and] about loss, or about the people who didn’t make it, and the people who did. The Crazy Bunch manages to carry all of these things at once and give them equal weight.” —Hanif Abdurraqib, 4Columns.org

“Set during one weekend in the early 1990s, Perdomo’s fourth book celebrates a crew of hip-hop-loving friends in East Harlem with his customary heart and bravura language.” —The New York Times Book Review

“Moving between paean and elegy with incredible verve, these poems, full of affection and nostalgia, also memorialize moments of violence and loss . . . Pushing the notion of documentary poetics in addressing street violence, police brutality, and suicide, Perdomo invites the voices from his childhood to reveal themselves and their complexities in vividly rendered speech.” —Poets.org

“Within the vivid language in this poetic bildungsroman, we are given back doorway into the very real poetic imaginary of crews that carry secrets to the death. This is not poetry about a world; this is a world that lives and speaks in poetry because there is no other way to decipher it or survive it . . . All the words dance on the pages of The Crazy Bunch.” —Dr. Grisel Y. Acosta, A Gathering of the Tribes Magazine

“An energetic musicality of language is on full display, electrifying every exchange . . . If “We Real Cool,” the iconic eight-line poem by Gwendolyn Brooks, had bloomed into a full-length collection, it might be The Crazy Bunch.“ —Book Page

“New York-born Puerto Rican poet Perdomo has been widely recognized for his streetwise lyrics and crackling depictions of life in NYC at the turn of the twenty-first century. In this collection of witty dialogue, fast couplets, and hip jargon, Perdomo immerses readers in his native East Harlem of the 1990s . . . Perdomo’s colloquial, storytelling style is in full effect, replete with nostalgic recollections of childhood haunts, striking in their simplicity. The result is both a whirlwind of colorful rhythms and an enduring portrait of tight-knit friends suffering through loss. [Perdomo is] a talented wordsmith . . . quick-footed, hip, vivid, and savvy.” —Booklist

“A compelling portrait of a time and place long gone. Perdomo’s masterful eye and ear stand out: the musicality of these poems is as rich as the detailed histories of the people inside them. —Publishers Weekly

“The Crazy Bunch is a miracle and a gift. An ars poetica that ‘belly-sings the ambrosial hour’ of an unforgettable crew. Street sonnets, gangsta ghazals, and Boricua blues stanzas face interrogation by the Poetry Cops, but these poems bust free. ‘Who you again?’ Don’t bring your dictionary; Willie Perdomo rewrote the damn thing.” —Evie Shockley

“Twenty years after Where a Nickel Costs a Dime, the poet emerges from the lived experience of urban culture with a mature blossoming. Perdomo writes with a faith in the beauty of the intersectionality of what makes East Harlem all things. Perdomo’s is a love that awakens in the beauty of the present moment, with an architecture that pays homage to a culture under siege, to those who died and those who survive in the collective genius of one’s own song.” —Afaa M. Weaver

“The Crazy Bunch possesses the thickness of a book of short stories, and its poems are filled with brio and brilliant language, comedy and grief, nostalgia and notoriety. Perdomo has produced here a new classic, an essential contribution to American literature.” —David Mura

“While ostensibly about a small crew in 1990’s East Harlem, this collection is in effect a most indelible ode to a people, a place, an era. The Crazy Bunch is full of wit and charm and humor; full of hip-hop history and compelling story; full of the keenest of revelations and language that reads as if running off electric current.” —Mitchell S. Jackson

“If Jean Toomer had written toward Harlem rather than Georgia, and done it in the age of hip hop rather than jazz, the book to emerge might read a lot like Willie Perdomo’s fourth collection, The Crazy Bunch . . . Using imagined dialogues, riffs, and long Whitmanesque lines that taper to a trickle, The Crazy Bunch feels less like a book of poems than a dramatic psalm of memory to a time and place that isn’t always easy to recall.” —John Freeman, LitHub executive editor 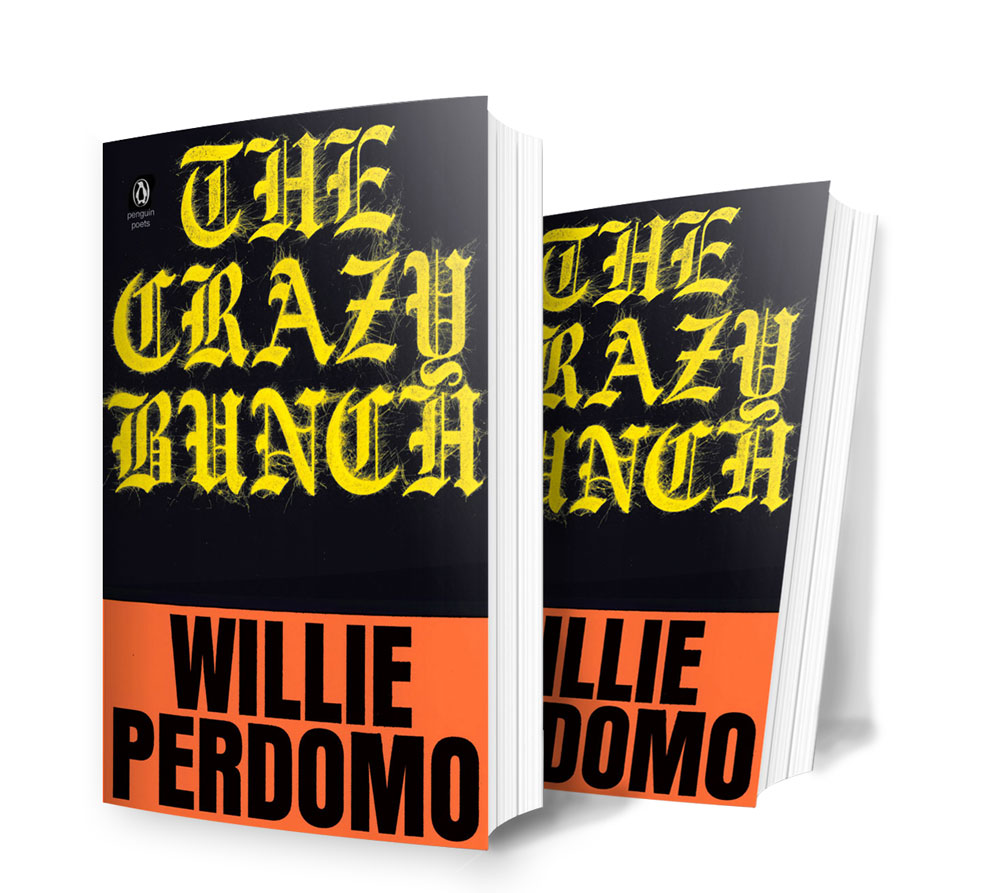