The Fine Art of Manual Labor 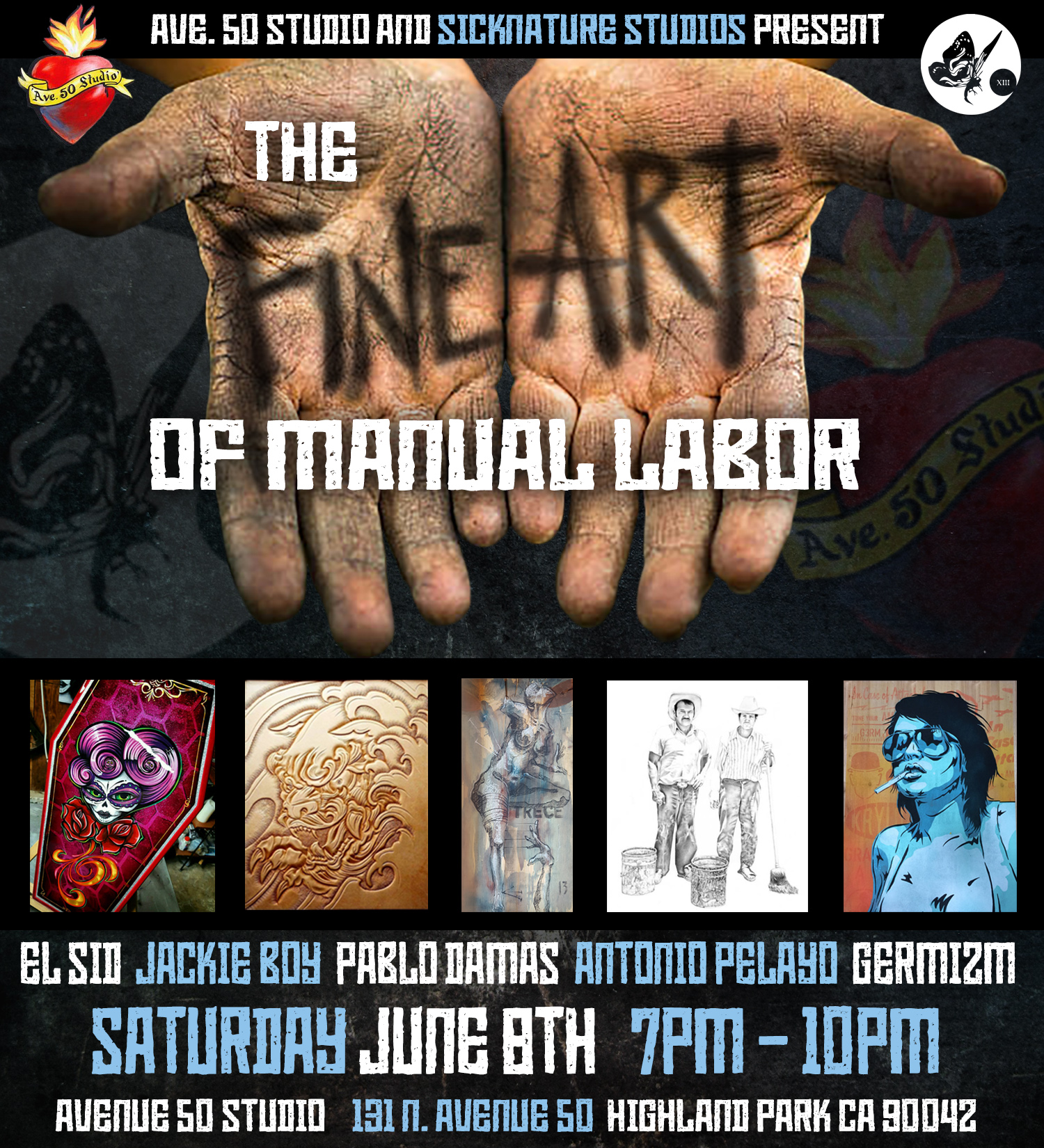 Show Statement:
Often times thinking about the world of fine art visions of immaculate white walls,  sleek lines and incredibly expensive unattainable pieces come to mind. Almost something out of reach. With this exhibit , however, The Fine Art of Manual Labor has been created to remind one of what came before that, where that all started. At some point, artists have to get their hands dirty to create their art. Artists have to be a part of the struggle of art making. More than likely artists are ready and willing to get their hands dirty because of mothers, fathers, grandparents, or someone important teaching them that it was okay to be a part of the grit and to get dirty.

More importantly artists are taught to take pride in the work they do, no matter how dirty they got.  Those lessons, that foundation, and that history is what this show has been inspired by. Whether it is creating beautiful images out of unorthodox mediums or rendering the images of those individuals working hard daily to feed their families and keep our planet intact, The Fine Art of Manual Labor reminds us to pay homage to the roots of hard work and perseverance.

At a time when advancements in technology have moved rapidly forward where machines are beginning to replace hard working people, there is no better moment to reflect on just how crucial manual labor has been to help humanity exist and thrive. The Fine Art of Manual Labor will inspire viewers to begin a conversation about hard work and its integrity, which can then lead to many other important conversations around family, history, culture, immigration, racism, sexism, and the environment. Perhaps in being part of this narrative one will realize,

they are really not that different and those initial visions of immaculate white walls, sleek lines, and unattainable pieces will begin to disappear. 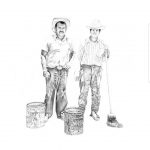 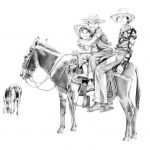 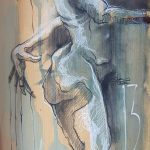 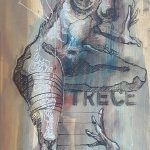 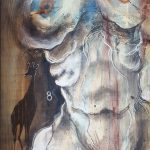 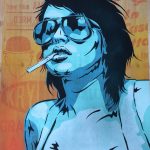 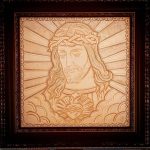 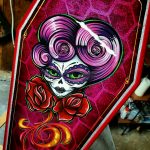 @germizm
FLASHBACK to 1984: an East Los Angeles born and raised 10 year-old kid watches New York hip hop flick Beat Street for the first time, and his fate is sealed… to live, eat and breath graffiti. During his high school days armed with spray cans, said kid set about adorning walls throughout the Greater Los Angeles area as GERM*ONE. Having taught himself computer graphics during late night stints at Kinko’s, GERM*ONE took his plan to the next level. It was a move that garnered him major kudos from Los Angeles to Japan. Still not content to be pigeonholed,  he started splittinghis time between working with and for such world famous designers as Christian Audigier, Russell and Kimora Simmons and pursuing his own, instantly recognizable style. Somewhere along the way GERM*ONE became GERMIZM and he began developing a signature collection of mixed media portraiture canvases that encompassed every art aspect of his life thus far. Multi-layered, collage experimentation that blends the abstract with the figurative, the works are so vibrant they are the embodiment of POP art. Together with Modern Multiples legendary art maestro Richard Duardo, GERMIZM, and Boy George created Punk Bette (an art remix) – the first in an ongoing series of limited edition screen prints. From urban brick to gallery walls and all points in between, GERMIZM continues to keep it real while maintaining an eye on ways to smash his art further out of the box.

@Jackie Mora
Many days you can find Jackie Boy Mora in his workspace grinding away, designing a new leather purse or wallet to fulfill an order.  Born amidst the smog of the city in Los Angeles, Jackie was enamored by motorcycles and the culture that came along with it.  Realizing that he could design and make his own custom seat for his Harley he engulfed himself in becoming a leathersmith.  A decade later, he is proactive in mastering his craft and that leather seat has now become an array of leather accessories for different uses.  He also now creates artwork for exhibitions in numerous galleries and museums using the same age old  techniques that many of his mentors used for decades and maybe even centuries.

@sickdotone
Born amongst the stars in Hollywood CA, his mother told Pablo Damas he was destined to shine. At an early age he knew art was going to be his calling.  Quickly, he became talented and serious about his craft. His media of choice is expanding from acrylic, oils, charcoal and graphite.  He is implementing wood and more specifically palette wood into his work.  He has had the opportunity to exhibit throughout the state of California, the country and parts of Europe.  He is constantly working on new ideas to share with all those interested in taking a look. “I enjoy for people to tell me what the work means to them, not me tell them what it means to me”.  He likes to evoke thought and emotion from the audience so he continues to create.  Create to Stimulate.

@el_sid1isback
Sid Teran was born December 28, 1973 in Lima, Peru.  He grew up in Huntington Park CA where he was drawn to the street and car culture. He discovered custom paint and pinstriping at his dad’s (Juan Teran) automotive paint store, Color Craft Auto Paint and Supply in South Gate CA. He attended art classes at Fullerton College where he became proficient in design, freehand drawing, oil, and acrylic paint.  Shortly after, Sid incorporated custom paint, gold leafing, and pinstriping into his artistitc style.  He recently exhibited at the Museum of Latin American Art in Long Beach, Plaza de la Raza in Los Angeles,  La Bodega Gallery in San Diego, Smoking Mirrors Gallery in Pomona and is currently exhibiting at the Peterson Automotive Museum in Los Angeles.  Sid is constantly thriving to master new techniques with his paint and creating new commissions and work for exhibits.

@antoniopelayo
Artist Antonio Pelayo was born into the quintessentially American surroundings of Glendale, California, only to be transplanted at an early age to a small Mexican village – complete with outdoor plumbing and old adobe buildings, crumbling under the weight of history. The sudden transition from suburban Americana to Mexican village life and Pelayo’s struggles to acclimatize to a Spanish speaking world birthed within him a profound sense of instability and isolation. Yet in a sense, this very instability and isolation became a gateway to his career as an artist. Seeking shelter and some measure of comfort in the village church, young Antonio was moved to sketch and copy the dramatic murals of saints and suffering martyrs that surrounded him.

Due to his upbringing in rural Mexico and his eventual return to America, Pelayo drew inspiration from a wide range of artists; among them Frida Kahlo, Diego Rivera, José Clemente Orozco, Frank Frazetta, Boris Vallejo and the surreal works of H.R. Giger.

In 1993, he gained employment as an Inker in the illustrious Ink & Paint Department of Disney Studios. Amidst thousands of paints and inks and the company of fellow animators, Pelayo found a nurturing and supportive environment; perhaps most importantly, one that encouraged employees to exhibit their own work.

His first solo exhibition was held at LAUNCH LA in 2012. This has since been followed by further solo shows, such as ‘El Velorio’, a Day of the Dead tribute and fundraiser for the Plaza Del Raza cultural center in Los Angeles in 2013. He has also appeared in group shows in museums around the world, earning several prestigious awards including ‘Best of Show Ontario Museum 2007’ and the ‘People’s Choice Award’ at the 3rd Ward Open Call NY. His drawings have been featured in Lowrider Arte Magazine, Chicano Art Magazine and the Latino Heritage Calendar.

He continues his work as the only remaining inker for the Disney Studios Ink & Paint Department. 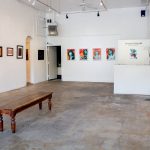 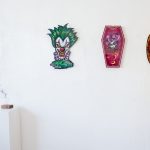 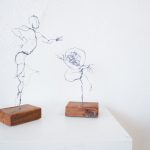 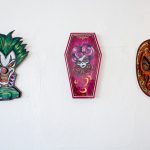 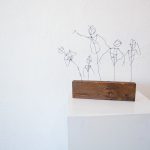 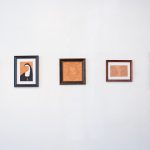 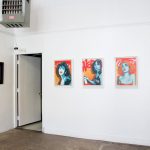 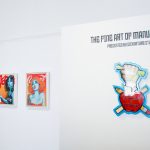 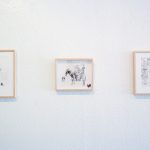 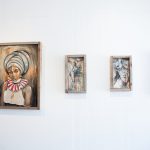 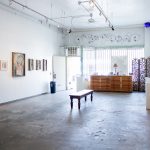