About the Artist:
If you could transcribe Todd’s paintings into music, they’d be symphonies. It’s as though they reach beyond the purely visual toward the musical, as though you could hear them if you only had the ears for it. So musical, you could practically dance to them, spontaneous yet perfectly composed.

Todd started painting with his two young children. At first trying to use up the paint they left behind, he painted flower forms that reflected his love of 1950’s and 60’s pop culture imagery. The flowers can be traced back to a doodle as a child on school notebooks, then during meetings as an adult. Also a graphic designer and photographer living in The Brewery Arts Complex in Los Angeles, he has art directed several national newsstand magazines, designed websites, books, posters, music packaging, and lots of other stuff.

“My goal is to spread beauty. I picture skyscrapers and bridges covered in my flowers. I’ve noticed their appeal spans generations. People smile when they look at my paintings. The one comment I hear most often is, ‘It makes me happy.’ Just what I was going for.” 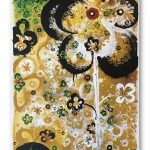 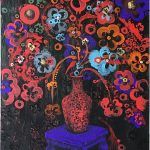 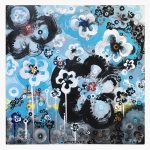 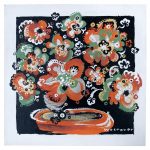 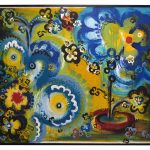 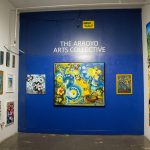 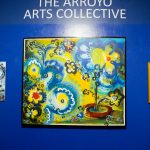 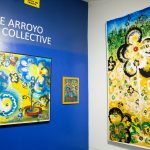 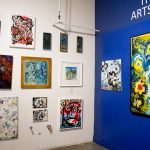 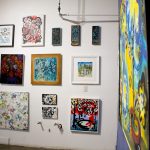 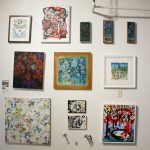 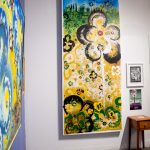