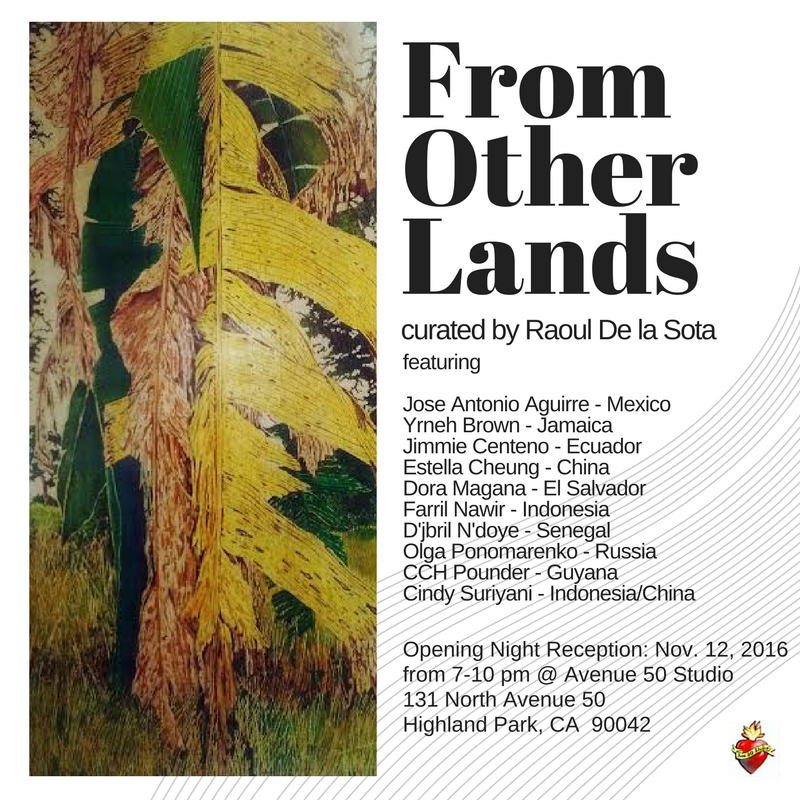 Curated by Raoul De la Sota, From Other Lands, is a visual discussion on immigration to the United States. Each continent is represented by the 11 artists chosen to exhibit.

“Recently there has been a great deal of discussion about immigration to the United States. Much of this has been as negative comment about the people entering our boorders. I put together this exhibit in part to emphasize the contributions of immigrants to our country. My parents were among those that entered this nation of immigrants with hopes for a better future. Among the hard working people that have made the United States their new home, there are many of us who have brought our aesthetic ideas and beliefs with us. Now they often portray their new home and culture along with a good mix of their own backgrounds.” – Raoul De la Sota

Exhibit on display from:
November 12 through December 3, 2016