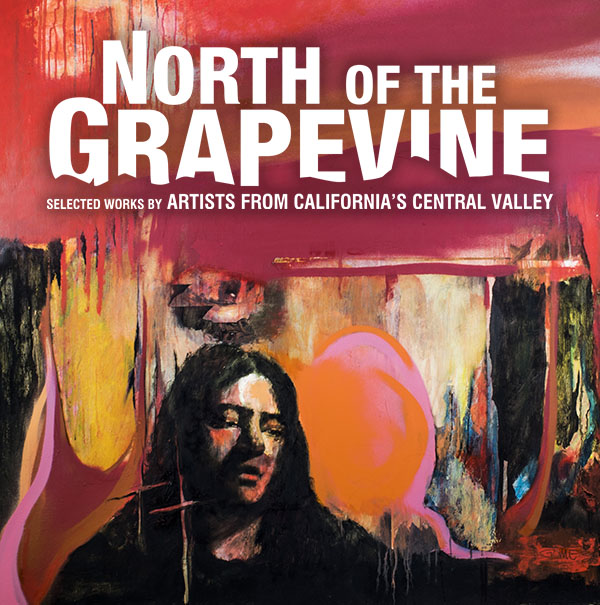 North of the Grapevine

The San Joaquin Valley is widely and frequently recognized as a world leader in agricultural production, yet often overlooked for its contributions in the areas of visual and performing arts. This is even unfortunately the case with a great number of its own residents.

Frank Delgado is the Director/Curator of the Central California Latino cultural center Arte Américas. He conceptualized the simple framework of this multi-venue/interstate exhibition project while transporting artwork over the infamously unpredictable 40-mile mountain stretch of Interstate-5 connecting the Central and Southern California regions known as “The Grapevine.” The formula is to present works by artists who enjoy name recognition in their own regions, to gallery enthusiasts unfamiliar with their works just on the opposite end of the treacherous, four-lane, mid-state corridor. 2017 marks the second year that concurrent exhibitions are being presented in artspaces in both Los Angeles and Fresno. As you enjoy this grouping, Fresno is being introduced to LA’s Sergio Teran and Rick Ortega.

Works featured in this year’s Avenue 50 Studio grouping represent a multigenerational collection of both veteran and emerging artists, whose work has contributed to the success of Arte Américas. Men and women who have contributed their efforts to nurturing the creative
and socio-political aesthetics of the Valley’s Chicano/Latino community