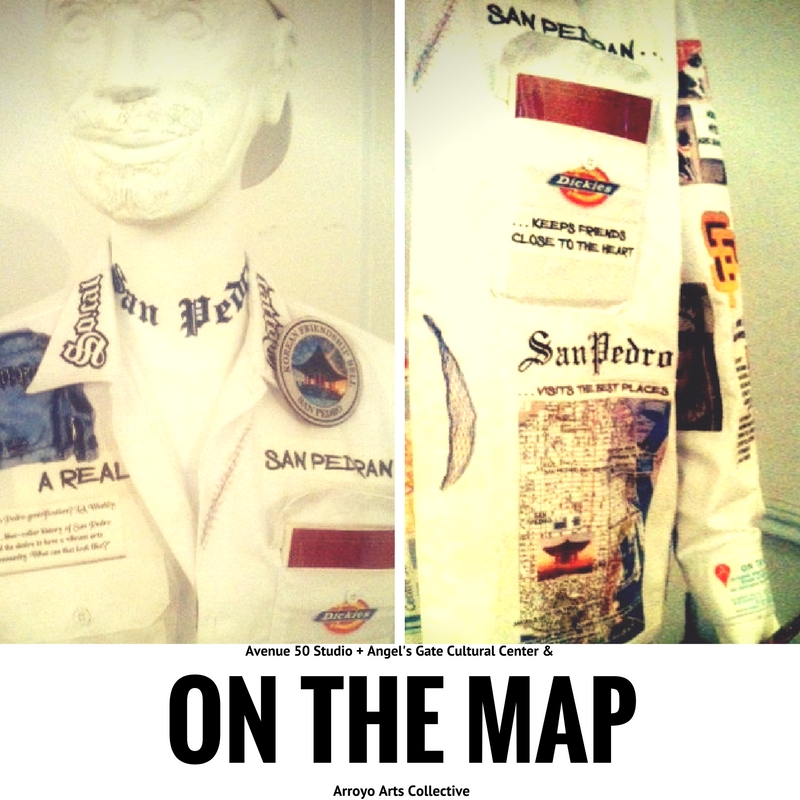 After months of creative collaboration, Angels Gate Cultural Center will unveil a much anticipated event with Avenue 50 Studio and The Arroyo Arts Collective: On The Map: Artists Maps from Opposite Ends of the 110 Freeway, an Ancient Route Reconnected.

The exhibition will take place in two places simultaneously; Avenue 50 Studio located in the Highland Park neighborhood of Los Angeles and Angels Gate Cultural Center in San Pedro. Curators from the three participating organizations created an open call for maps created by artists that live and work at opposite ends of the 110 Freeway in Los Angeles. The twenty selected proposals will be hosted by the organization at the other end of the highway from the artists; the artwork itself tracing the road that was once traveled by native Tongva, the Spanish wagon, the stagecoach route and early trains.