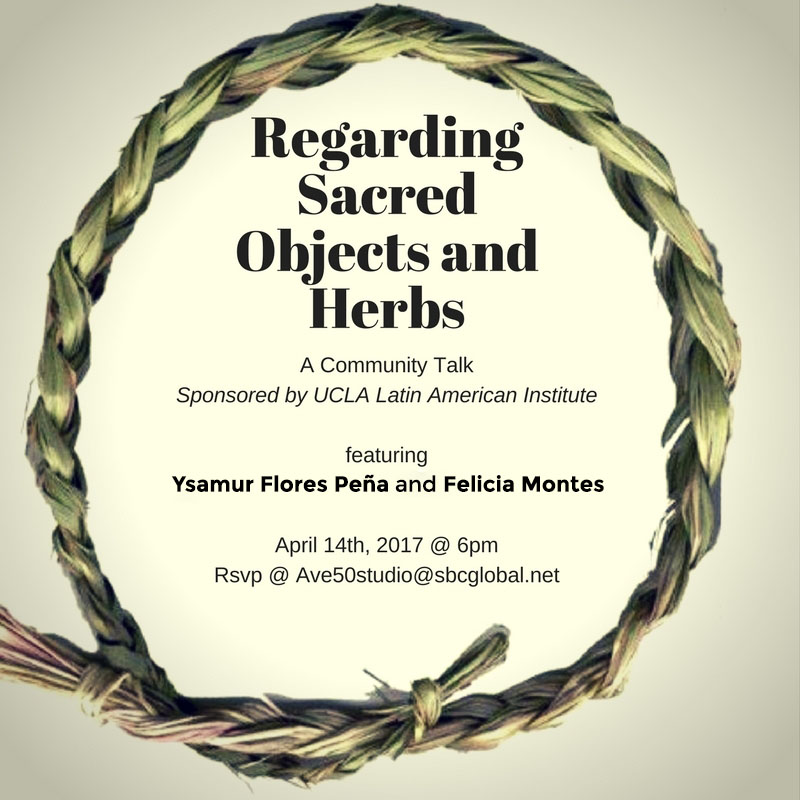 Regarding Sacred Objects and Herbs

Ysamur Flores Peña is a well-respected elder and keeper of the traditions Lucumi. He has received a Ph.D in folklore from UCLA, a MA in Education from the Catholic University of Puerto Rico, and a BA in Hispanic Studies from the University of Puerto Rico. His studies have focused on African-based religions in the New World. He grew up in the Lucumi tradition, both of his parents were consecrated priests. Early in his life, he established a clear understanding of ritual, ceremony and celebration based upon the religious calendar year, in which he would prepare altars, sacred spaces and cooking diverse foods associated with specific Orishas. He cites his mother to clarify the centrality of this tradition, “Cooking is an intrical part of the tradition, its art, its culture, but above all, prayer.”

Felicia Montes is a Xicana Indigenous artist, activist, academic, community and event organizer, educator, designer, poet, performer and professor living and working in the Los Angeles area. She believes art is a tool for education, empowerment and transformation and has translated her passion for art and social justice as co-founder and coordinating member of two groundbreaking creative women’s collectives, Mujeres de Maiz and In Lak Ech.