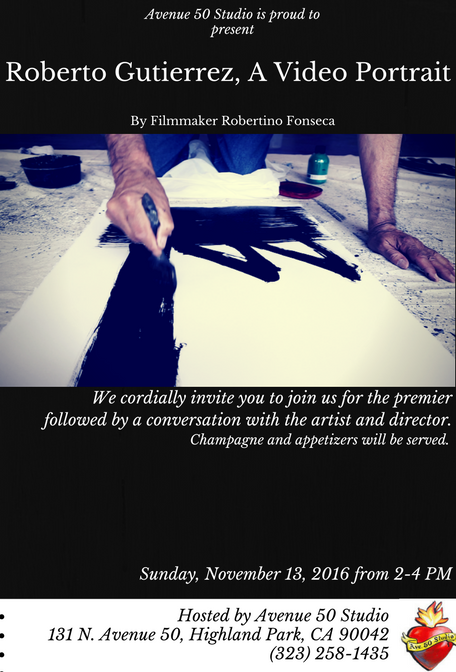 Roberto Gutierrez has been an artist for 40 years. While well known in the Eastside of LA, he is virtually unknown outside the area. Roberto documented through painting the Chicano community of 70’s and 80’s, expanded his vision through Los Angeles, and ended up painting in Paris in the 2000s. He is currently changing his focus toward abstraction. In 2000 he also was selected to do the poster that represented the Democratic Party at the National Convention. Roberto is a Viet Nam vet who graduated from ELA City College with a degree in art, and then cut his teeth at Self-Help Graphics. He has exhibited extensively throughout EastLA and in the last few years, in France. He is also featured in an award winning film entitled Dark Progressivism by filmmaker Rodrigo Ribera de’Ebre. Roberto is one of the important artists collected by Cheech Marin, and through that collection has exhibited at LACMA.

The filmmaker and Roberto Gutierrez will be present. Please join us for the film viewing followed by Q&A.

Champagne and Appetizers will be provided.