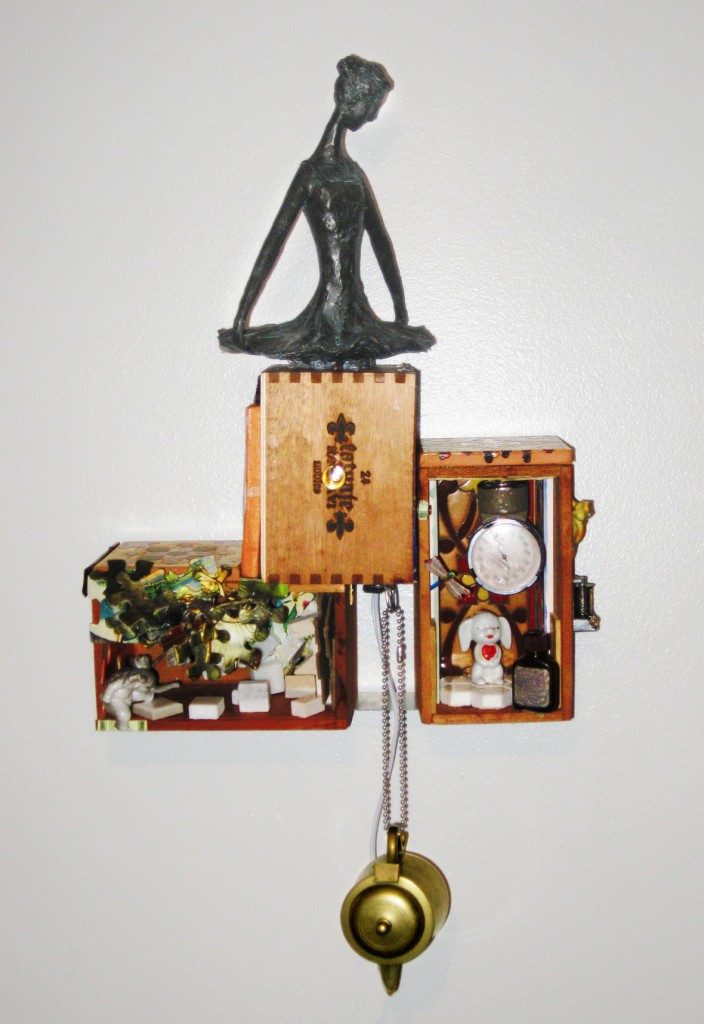 Avis Atomix finds _Ana Chaidez and Hembert Guardado_ collaborating to create a series of pieces both light as a feather and stiff as a board (excuse the pun). Guardado’s “Jazz”- inspired works of caulking, glue and bondo on unfinished birch panels betray an urban vibrancy as well as restlessness, depicting figures in gritty contexts and mirroring the controlled chaos of a jazz melody. Chaidez chooses instead the motif of birds. Burrowing owls daring the viewer to a staring contest. Sparrows, mocking birds and doves in the act of desperate flight even as their wings become the city’s grid. A map of the city, its skyline of skyscrapers, or pixels, or motherboards: what is progress in the history of forgetting? Together they both suggest an ethereal dream haze and a concrete grit of an apocalypse. They say California is the end of the world.