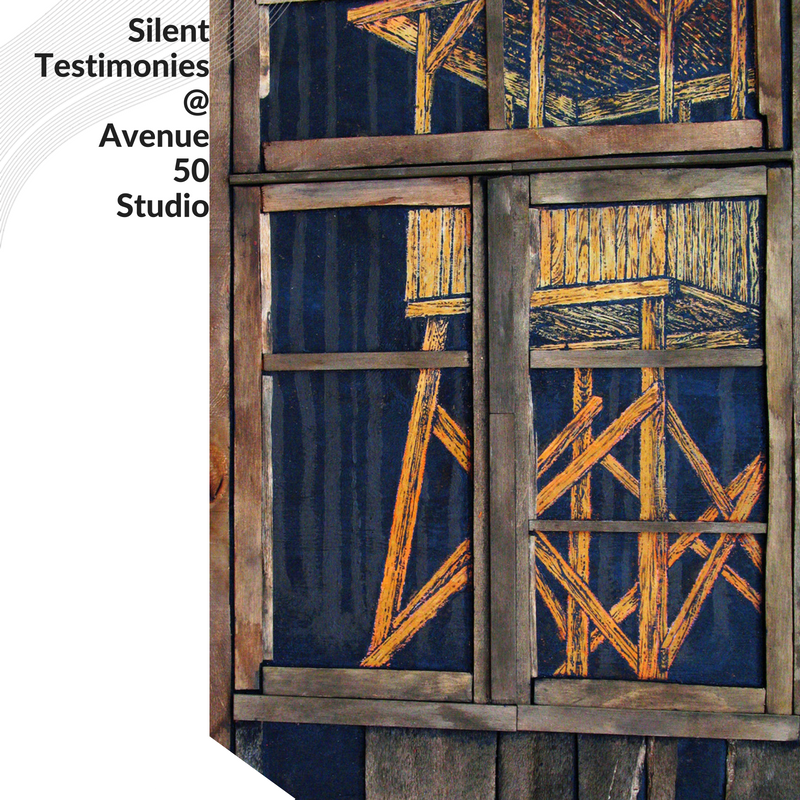 Curator Raoul De la Sota has assembled a group of artists that for a special exhibit at the Avenue 50 Studio Gallery will create contemporary Ex-Votos.

Ex-Votos historically were devotional visual offerings to the Church for a miraculous cure or for some intervention by a specific religious figure that prevented harm or death. In 16th century Spain they were painted directly onto the interior church walls as murals depicting the miracle. The paintings themselves were called Milagros or miracles. In 18th and 19th century Mexico they became the source of income for itinerant artists who depicted in their paintings some sort of miracle. These artists, often academically untrained, created their works at the request of families, painting with inexpensive oils on whatever small scraps of material was convenient and cheap, most often tin or wood. The works ranged from the charmingly rustic to the aesthetically profound. The works were then in turn donated by the family to a nearby church as gratitude for its intervention. In the 20th century the craft continued but with less religiosity and more pleas for financial help or for material goods. In all cases there was always a narrative text painted onto the surface that described the event and the stated gratitude of the donor. Frida Kahlo was a modern artist who admired and patterned some of her work after these forms.

This new work by this group of diverse artists involves personal stories, narratives of gratitude and portrays visual histories. Some are graphic representations of difficult times while others are simple tokens of thanks for life’s pleasures. In form they are sculptures, assemblages, collages, photographs and paintings. They no longer are directed to a religious institution but rather are directed as personal messages to a gallery audience.