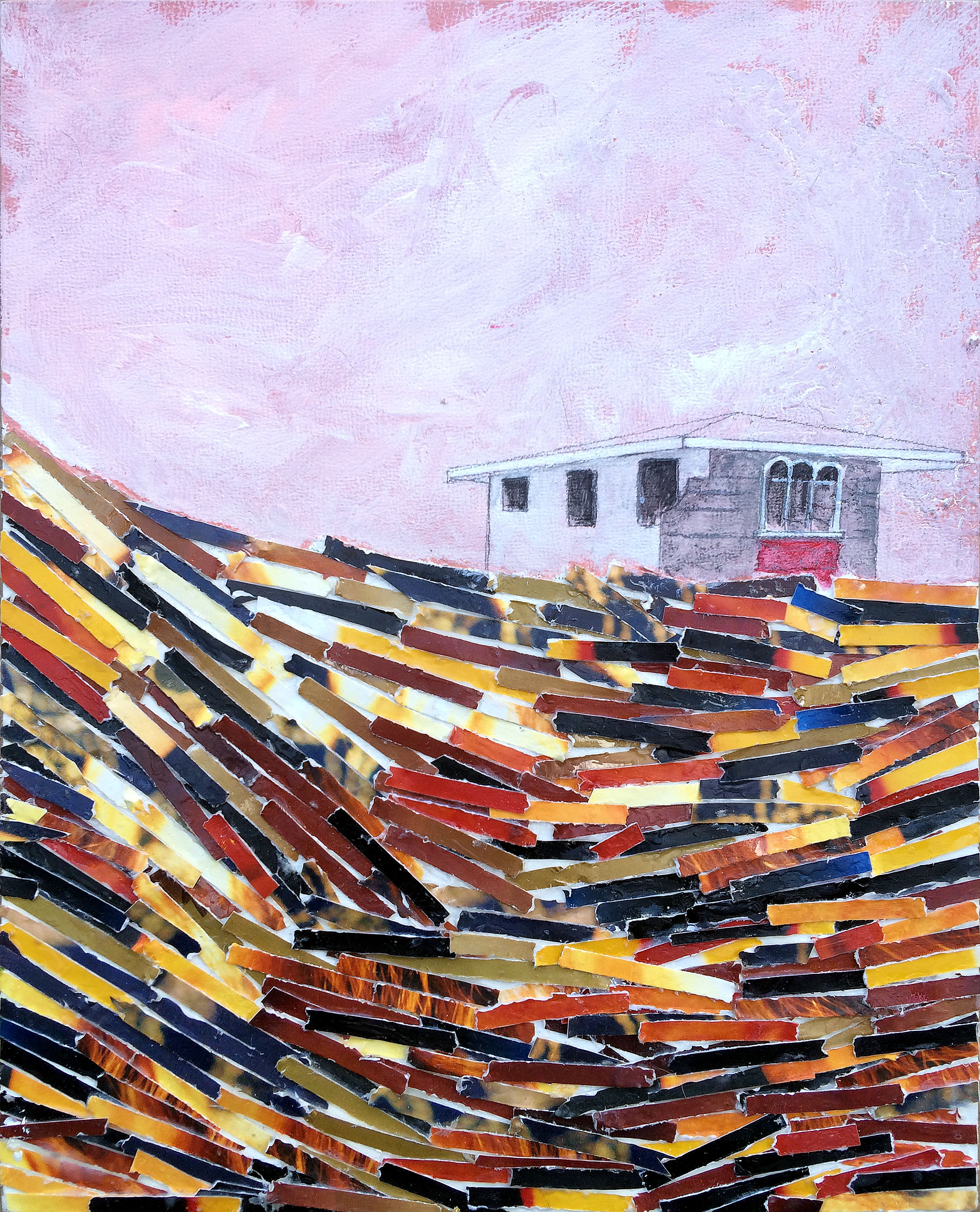 Show Statement:
We live in a world where nearly 1 person is forcibly displaced every two-seconds. According to the UN Refugee Agency, 68.5 million people around the world have been forced from their home as a result of conflict or persecution, and 143 million people may soon become climate migrants. In wealthier urban areas, gentrification, increasing debt, and lack of housing affordability fuel the rate of homelessness. 50,000 people are experiencing homelessness in Los Angeles alone, and a typical American moves over 11 times in their lifetime for social economic reasons. Some Place Like Home invited artists to submit work inspired and related to the themes of home and displacement, with a particular interest in narrative works reflecting current or historical events.