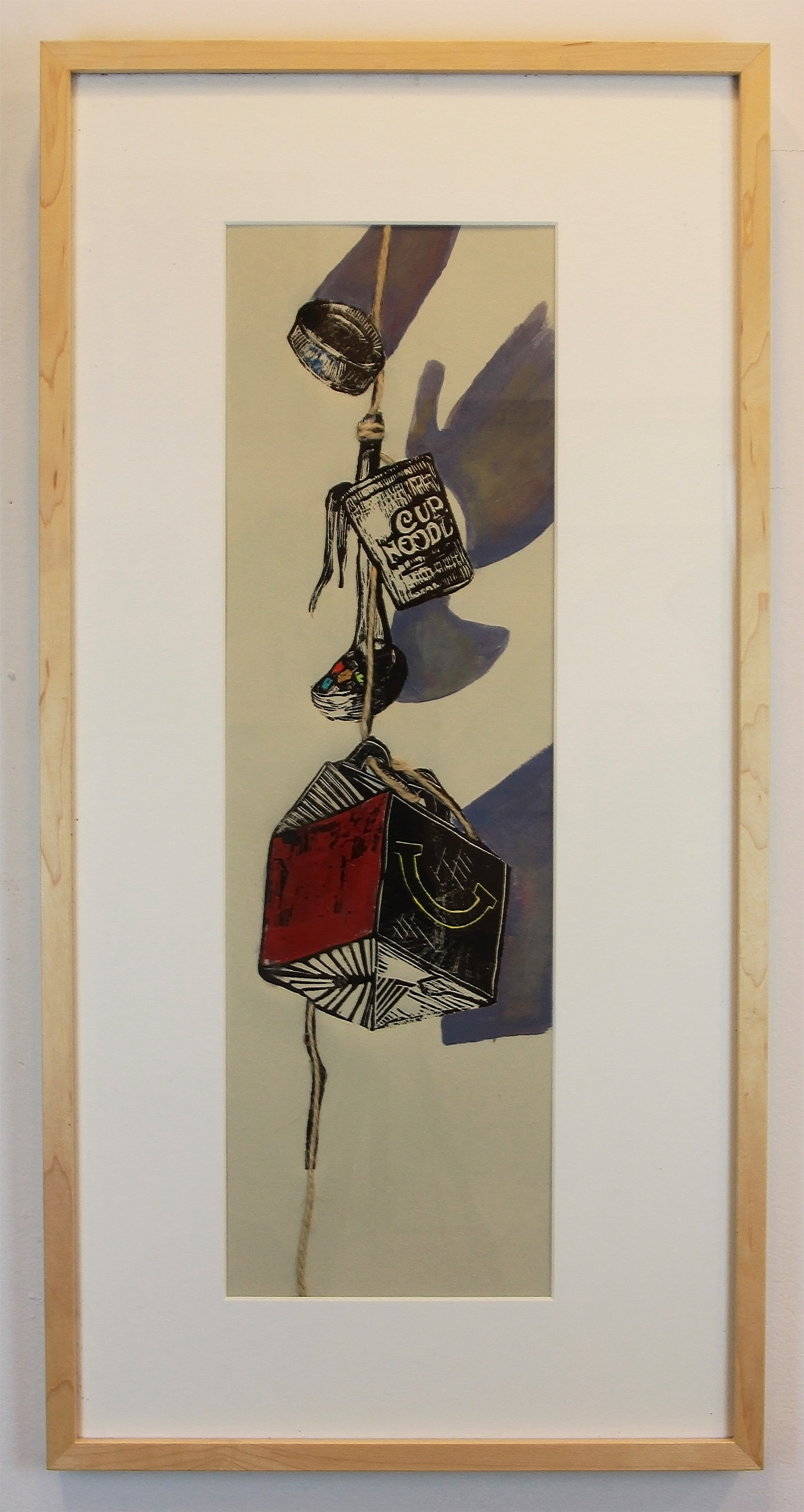 About:
My work lives in the realm of narrative depiction. My subject choice is binary to an autobiographical approach and includes my direct family and portrayals of our history. I am most interested in sharing customs derived from my upbringing as first generation of Salvadoran descent born in the US and raised in South Los Angeles. Additional subject importance is my parents’ struggles from their homeland and en route to the north and as newcomers. I utilize metaphor and instill meanings into objects to create a coded message while treating the human body as a vessel. I depict thoughts, emotions, and the carriage of trauma to reappropriate past-time events, both the good and traumatic events my family experienced living through war and assimilation. The narratives have shaped my identity and my family, and I share them for others to understand the commonalities with my family and other Latin American families that have immigrated into the US.

After reading Rudolfo Anaya’s, Bless Me, Ultima, I had a recollection of memories from my
own neighborhood’s curanderas. Individuals who provided some sort of health relief when needing an injection for a lousy fever or sobadores tending to one’s injured or dislocated limb. It reminded me of these individuals’ normalcy, and the faith people in my neighborhood have in
them. In the work, La Cura de mi Empacho, where I am revisiting memories of being ill as a child after eating junk foods and in particular swallowing bubble gum without knowing the repercussions, I am reliving the time my father brought me to a sobador that cured empachos. Empachos are obstructions of the stomach and or intestine, causing indigestion. The objects hang in a manner I imagine to be configured by a curandera to find the bad in the illness and then destroying it. The objects are a few of the foods I would commonly intake as a child that got me
sick at that time.

About Elmer Guevara:
Elmer Guevara (b.1990) is a Los Angeles native raised in South-Central, currently working bicoastal in New York City. In the 1980s, his parents fled a civil-war torn El Salvador finding refuge in the City of Angels. Along with the Angelino inner-city culture and the culture his parents brought to the US with them, he found inspiration to visually speak about his exposure to the city streets and the social issues within the working class. Furthermore, he depicts observation of encountered struggles from his own and neighboring immigrant families around his upbringing, who dealt with issues of marginalization and inequality that took maturity to understanding.